Why are so many of the UK’s missing teenagers Vietnamese? 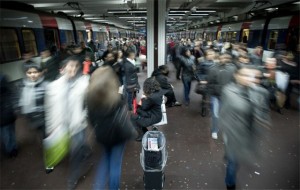 A major international summit on missing people is hoping to tackle exploitation and trafficking. In the UK, a disproportionate number of missing young people are of Vietnamese origin. Why?

Each photograph on the Missing Kids UK website suggests a uniquely haunting tale, but when viewed together a distinct pattern emerges that is impossible to ignore.

An overwhelming number of the young people are of east or south-east Asian descent, and on closer inspection most of those appear to be from just one country.

Of 113 children and young people on the list – which doesn’t include short term cases, or those excluded for reasons of safety – almost a fifth have Vietnamese names, despite that nation’s diaspora making up less than 0.1% of the British population.

Most are believed to have been trafficked into the UK by gangs, discovered by the police and taken into care.

The children are apparently not running away from their captors, but often back to them – fleeing foster families and care homes in an attempt to repay heavy debts, and protect their families from reprisals in Vietnam.

Where are minors trafficked from?
In 2012 the UK National Referral Mechanism – a framework for identifying potential victims of human trafficking – received 371 referrals regarding minors.

The top five countries of origin were:

Van, a 15-year-old Vietnamese boy who appears on the site under a different name, was smuggled into the UK under a lorry and forced to work as a domestic servant for his traffickers. He was later put to work as a “gardener” in a number of cannabis factories across the country.

The story is a familiar one for Harry Shapiro of Drugscope, who says that Vietnamese gangs control a major part of the cannabis growing industry in the UK.

“It started with Vietnamese gangsters in Canada,” he says. “They had no cultural link to cannabis, it just so happened that one group found a profitable niche and the business spread to the UK through the Vietnamese criminal community, probably around 2004.”

Factories tend to be located in residential houses, as large numbers of small scale units help minimise the risk of detection. High-powered hydroponic lights and water filtration systems help speed the plants’ growth, and young workers like Van are usually locked in from the outside.

Police seizures of cannabis plants are multiplying, up from around 3,000 in 2004 to over 16,000 in 2011. As Shapiro points out, however, part of that growth may be the result of enhanced surveillance.

The Association of Chief Police Officers refuses to comment on the ethnicity of those in charge of the factories, but Klara Skrivankova of Anti-Slavery International is confident of the trend.

“There are others involved – British and Chinese gangs – but they are predominantly Vietnamese and it’s the same pattern across Europe,” she says.

This helps to explain the growing number of children finding their way into the UK from the country. “Vietnamese gangs are targeting their own people. There is usually a correlation between the nationality of the victims and their traffickers,” Skrivankova says.

Last year, 96 Vietnamese children were referred to the government’s main trafficking agency, making it the highest ranked country of origin for suspected victims under the age of 18.

Van says he was regularly beaten in one of the factories, but managed to escape in early 2012. After walking for a full day he sought help in a local police station, where officers took his fingerprints and linked them to another factory. He was arrested on suspicion of cultivating cannabis.

Criminal convictions for trafficked children are not uncommon in the UK, though a legal challenge is now being mounted to prevent them.

Parosha Chandran, a human rights barrister, is currently arguing one of three test cases at the Court of Appeal in an attempt to overturn the conviction of a Vietnamese boy prosecuted for cannabis farming.

“There needs to be a protection matrix for these children who have no one to protect them, not only from the hands of their traffickers but from the criminal justice system too,” she says.

The case can only hope to solve one aspect of the problem, though. Whether convicted or not, the children are eventually placed into care, and from there a new set of difficulties begins.

Van managed to avoid prosecution and eventually moved in with a foster family. He appeared to be adjusting well to his new life, but a week later he left to attend an English lesson and never returned.

The authorities believe he may have been coerced to leave his foster carers by the same people who brought him into the country, and he has now been missing for over a year.

It is estimated that more than half of trafficked children taken into care in the UK disappear.

What to do if you see a missing child

Chloe Setter, of Ecpat UK, a charity that works to protect the victims, explains the power that criminal networks wield over both children and their families.

Agents in Vietnam promise children work or education in Europe. “Sometimes parents remortgage or sell land off in order to send their children to the UK.”

They arrive in the UK in debt to the tune of anything up to £15,000, with interest accruing on top. “Traffickers tell children that if they try to escape, they will hurt them or their families in Vietnam. It’s a very real threat as the gangs know where the families are,” she adds.

Liam Vernon, head of the government’s UK Human Trafficking Centre says that sometimes police find the doors of cannabis factories unlocked, as the gangs know their victims will be too scared to run away.

Philip Ishola runs the Counter Human Trafficking Bureau, and has just returned from Vietnam with a particularly chilling insight into the reach of the network. “We know of at least two cases where families have been targeted,” he says.

In one example, a child trafficked into the UK had been taken into care, but was concerned about her parents. “We engaged with people in Vietnam to see if they were OK, and though they hadn’t been hurt, the family farm had been burned to the ground,” he says.

Work to tackle the problem is under way. Officials from the UK Foreign Office accompanied Ishola on his recent trip to Vietnam, where the government is monitoring known trafficking routes out of the country.

In the UK, a range of charities are working alongside government departments to increase awareness of the phenomenon, which is by no means limited to Vietnam. There are calls for all known victims to be assigned a guardian, who would have a legal responsibility for their wellbeing.

“Not enough is being done,” says Setter, for whom the pace of change is too slow. “Despite some good practice, we still see children going missing and being re-trafficked.”

Vernon agrees that the issue is deep and complex, and doesn’t think any one organisation has all the answers. “It’s a long road,” he says, “and we can’t get there on our own.”